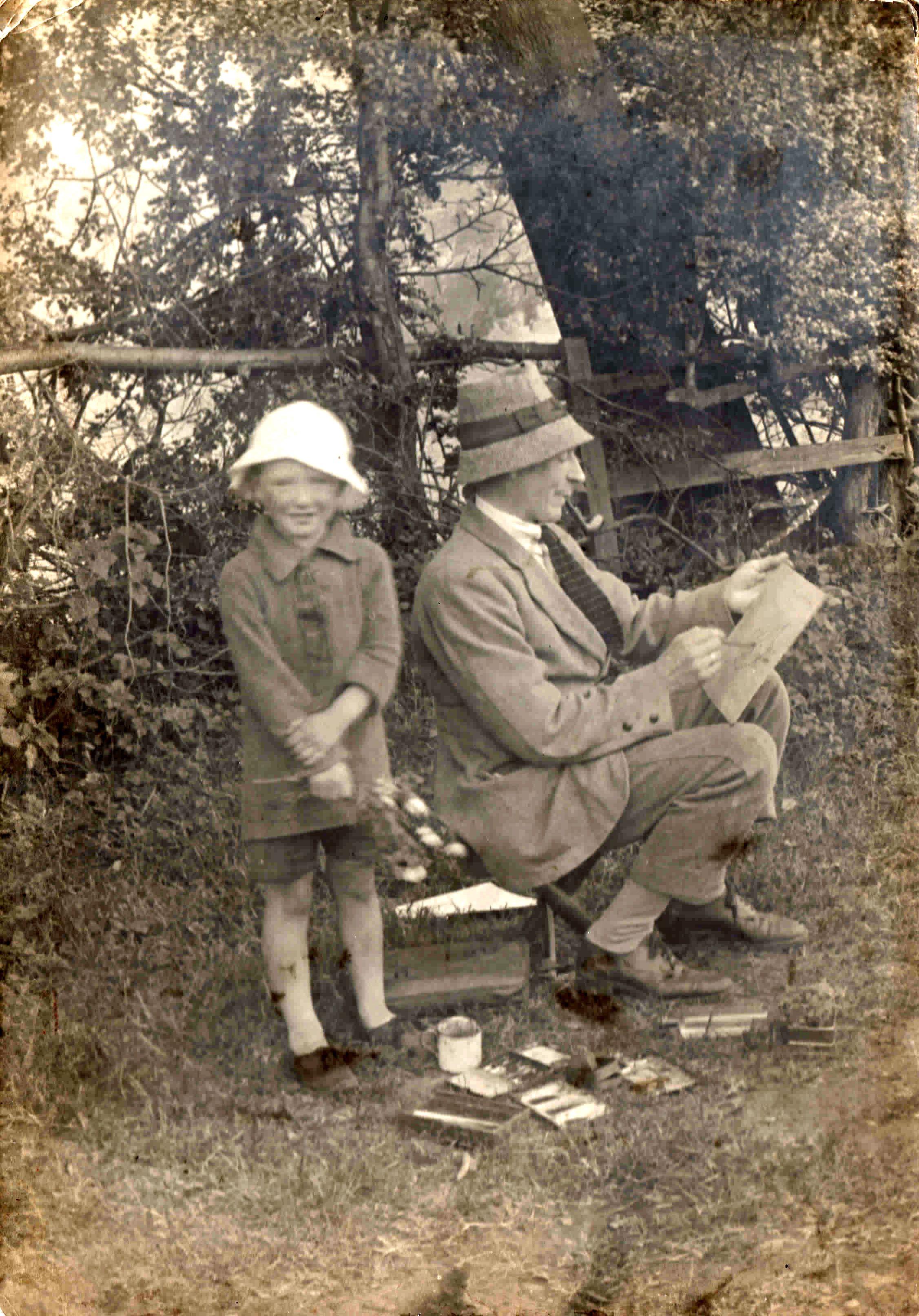 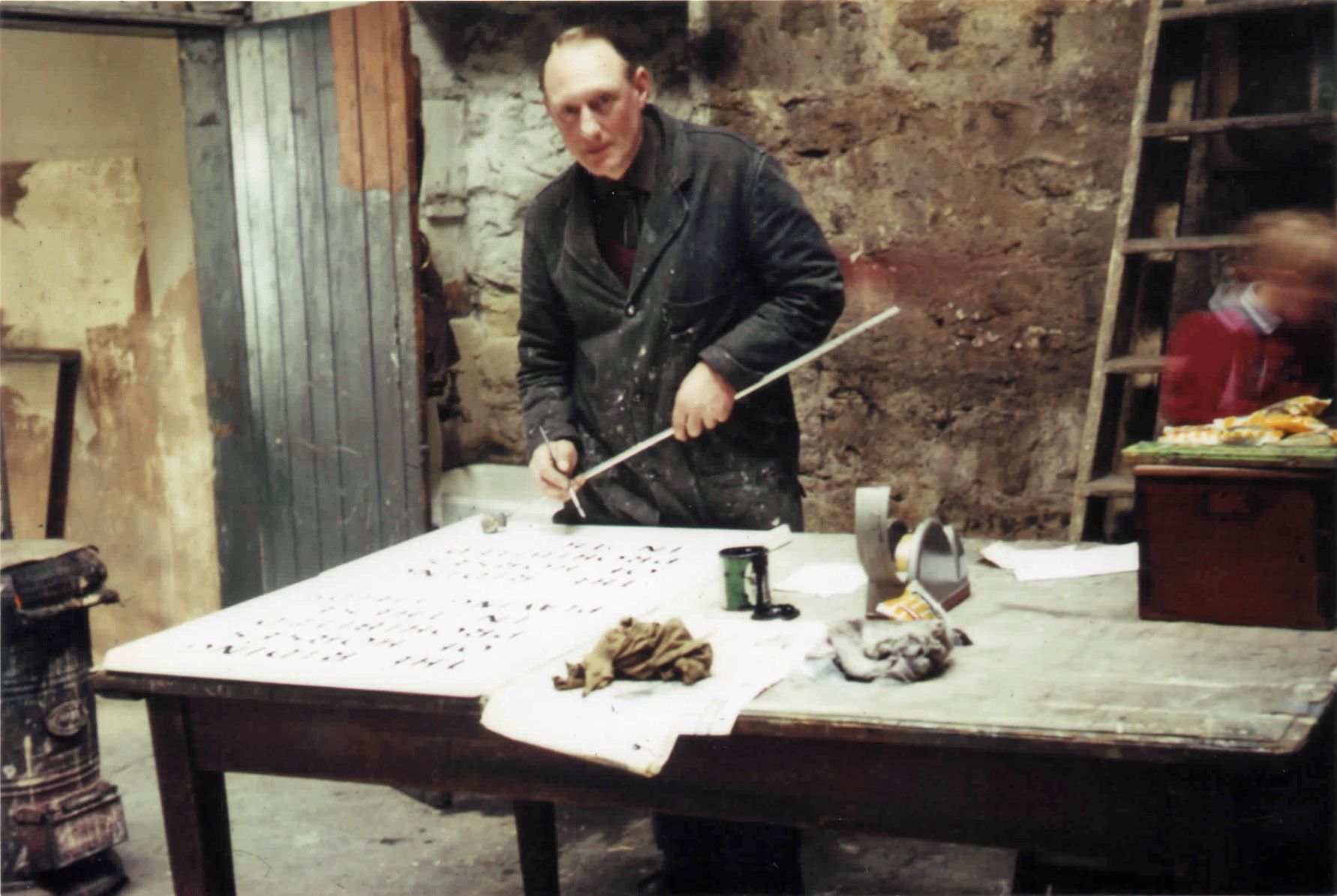 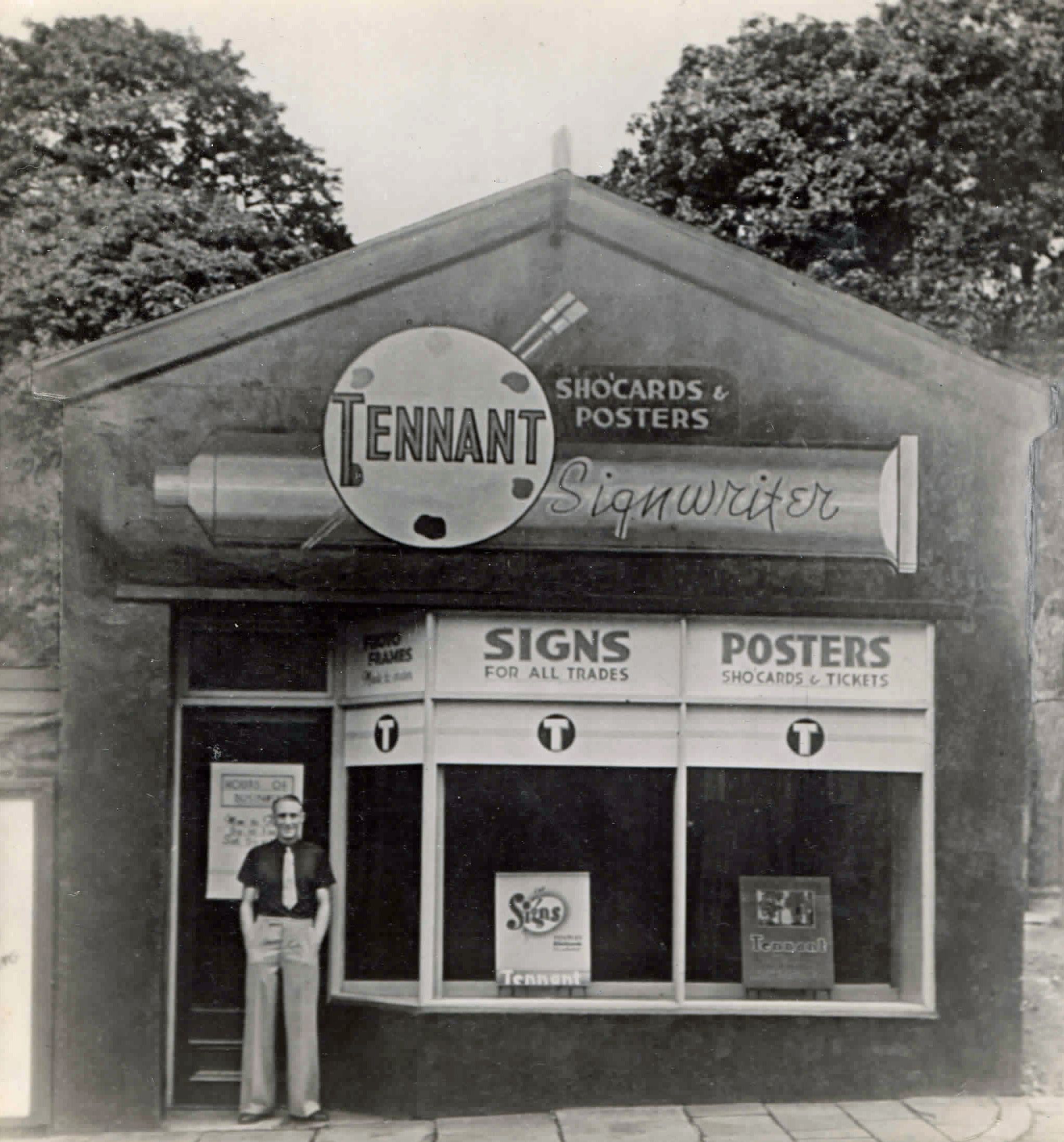 The above pictures show Herbert and son Stanley out painting in 1925, Stanley outside his shop about 1950 and signwriting in 1965

In 1919 local artist Herbert Tennant started a business as a commercial Artist in the Arcade in Ilkley. A year later he moved to premises in Hawksworth Street. From there he produced artwork for local businesses and painted in watercolour for pleasure.

He was also a member of Ilkley Art Club and exhibited in the annual exhibition. At one time his artwork and design was sought after by a London company who offered him a job designing. Herbert declined the offer instead choosing to remain in Yorkshire.

Returning from active service in 1945 his son Stanley continued the family business as a poster and signwriter. He also made picture frames, all from a small workshop with a small stove for heating at the back of the shop, which attracted a steady stream of visitors who came to keep warm during the winter months.

In the early 1960,s household paint and decorating materials were taken into stock but this proved to be short term as in 1967 the shop was completely refurbished and a 1st floor added and a full range of art materials from Winsor & Newton, Rowney, Reeves and The Daler Board Co was taken into stock. Stanley and his wife Ella built up the art materials business and on leaving school son Tim joined in 1977.

The shop was again refurbished in 1987 with the retail area expanded and a separate framing workshop established. The business grew quickly in the late 1980’s and early 90’s. A period of expansion followed with shops opening in Skipton, Northallerton and Preston. In 1999 the first Art Show was held in Ilkley in a church hall, this soon expanded to The Winter Gardens and Kings Hall.

In 2009 the Skipton and Preston shops were sold and in 2012 Ilkley was expanded into the premises next door enabling a greater range of art materials to be offered. The picture framing workshop was also consolidated within the Ilkley store.

The Art Shop continues to thrive providing advice and personal service on wide range of art materials from all the leading brands for the professional and leisure artist both online and in store. The Gallery at The Art Shop next door provides a means for local artists to show and sell their work.

As the world of retail has changed over the last 20 years we are changing with it and look forward to the challenge of the next 100 years!